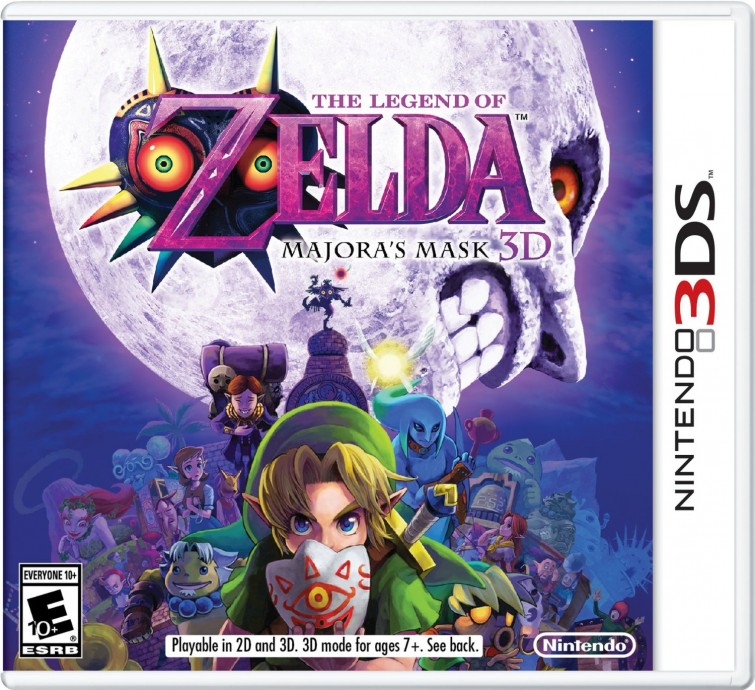 1493
By Barry Falls Jr
8 years ago
In Nostalgia Alert

UPDATE: The Legend of Zelda: Majora’s Mask 3D is available for pre-order right here on Amazon.

In today’s 33-minute Nintendo Direct, the Japanese video game company announced that it would release a remake of The Legend of Zelda: Majora’s Mask for the Nintendo 3DS. Nearly 15 years after the release of the original for the Nintendo 64, the remake will be released in Spring 2015.

This might not have been a huge surprise for many Nintendo fans. After the release of The Legend of Zelda: Ocarina of Time 3D on Nintendo 3DS, fans banded together for a remake of Majora’s Mask in a massive internet campaign called Operation Moonfall. A petition to encourage Nintendo to confirm plans to develop a 3D remake of Majora’s Mask in the same style as Ocarina of Time on the 3DS received over 10,000 signatures in five days.

In response to the feedback, Nintendo of America released a statement: “At the risk of dampening the excitement you feel, I must be clear that no official announcements have been made regarding a remake of The Legend of Zelda: Majora’s Mask for the Nintendo 3DS. However, we like hearing what our consumers find important.”

This wouldn’t be the first time gamer demand influenced the production or localization of a Nintendo title. In June of 2011, Operation Rainfall helped encourage Nintendo to localize three Wii titles in the U.S.– XenoBlade Chronicles, The Last Story, and Pandora’s Tower. Although Nintendo didn’t acknowledge it, market analysts have suggested that the campaign must have been hard for Nintendo to ignore.

Majora’s Mask 3D will be coming out in Spring 2015. Check out the announcement trailer right here: