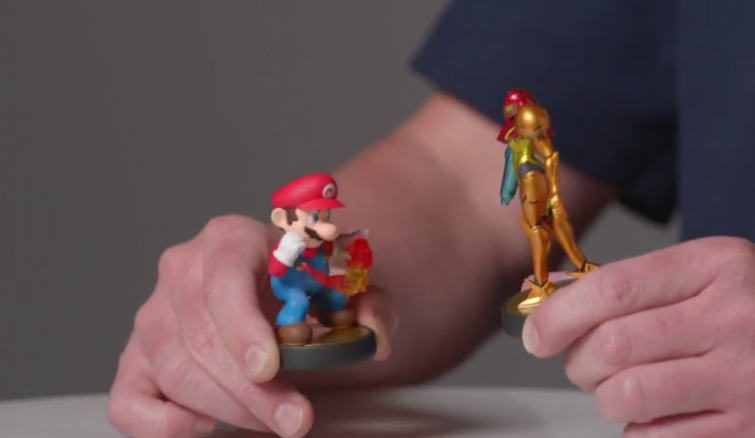 One of Nintendo’s first major announcements at E3 2014 probably didn’t come to a big surprise to many fans. The new amiibo figurines, which is strikingly similar to Activision’s Skylanders and Disney Infinity series, have been rumored for a quite some time.

The figurines feature classic Nintendo characters and allow players to scan them on the Wii U gamepad, and the character will appear in the game. Each figurine will contain unique character data and fighting styles that changes the more every time it’s accessed. So far, the only games that will be able to access Amiibo figurines are Super Smash Bros, Mario Party 10 and Mario Kart 8. But Nintendo plans to release a puck-shaped peripheral next year that will work with the 3DS.

The announcement was streamed online during their E3 press conference.  In the conference, Nintendo of America CEO Satoru Iwata battled again president Reggie Fils-Aime, showing that how you could use Amiibo figurines to challenge as new fighters, pit against other Amiibo characters or team up with in a battle.