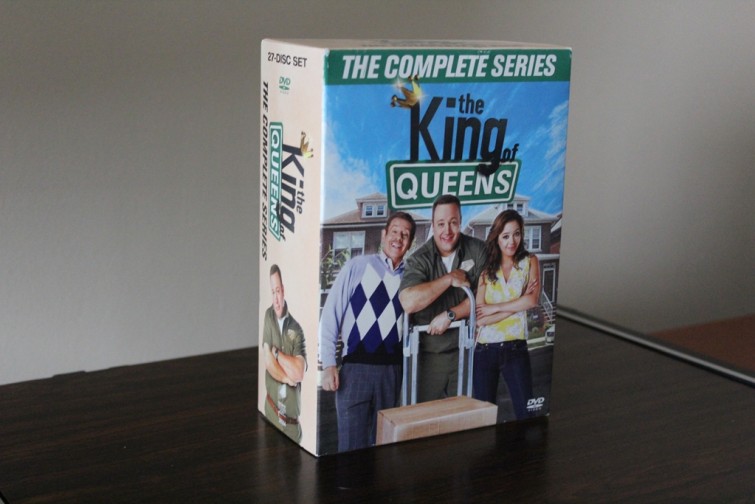 1684
By Barry Falls Jr
8 years ago
In Television

One of the great American sitcoms of the 1990s merits a great complete series box set. And for fans of the show’s 9 seasons, this one gets the job done.

The show follows a working-class couple, Doug (Kevin James) and Carrie, who live in Queens, NY with Carrie’s slightly senile father, played by the always hilarious Jerry Stiller. They struggle with typical working-class problems such as coping with dead ends at their jobs, but they also explore some societal pressures involved with comparing themselves to other couples their age.

King of Queens has one of the more catchy opening title songs, “Baby All My Life I Will Be Driving Home to You.” And its supporting cast is generally fantastic. My favorite of the bunch is Spencer, played by Patton Oswalt. Oswalt’s character delivers some of the most engaging and cringe-worthy laughs.

The Kevin James-headed show has aged relatively well. The situations are still explored in newer sitcoms. And any King of Queens fan can easily pick out a handful of their favorite episodes or moments from the series (mine is the paintball episode). But some might find the show’s young couple’s general apathy and self-centeredness a bit of a turn-off after a while.

This series box set includes:
-Audio Commentary from Kevin James and Michael Weithorn
-Kevin James: A Day in the Life of an International Superstar
-Series Retrospective
-Thanks to the Fans
-200th Episode Celebration
-The Writers of King of Queens
-Character Profiles

The extras aren’t anything spectacular. But for fans of the show who are looking for a standard complete series box set, this one takes up far less space and is far cheaper than buying each season separately. And for more die-hard fans, there is also a limited edition complete series box set that’s shaped like Doug’s IPS delivery truck.