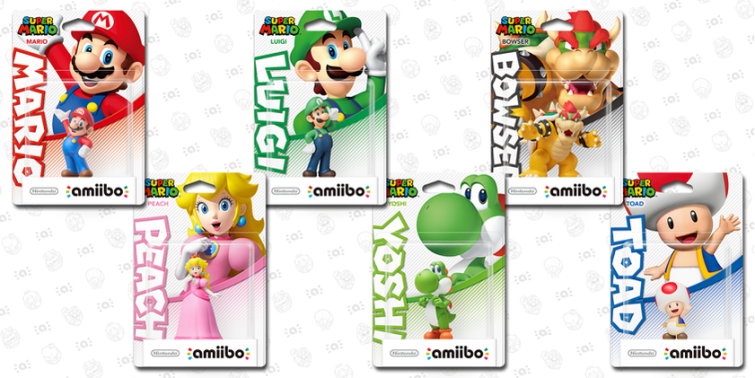 The first wave of the Super Mario Bros amiibo is finally available for pre-order. Nintendo’s newest line of toys/video game accessories has been hugely popular, selling over $5 million in units so far. And whether or not you like Nintendo’s approach to production and distribution, they’re usability and attention to design detail in undeniably exceptional.

The Mario figure is exclusive to the Mario Party 10 bundle, which is already sold out. However the other figures can be pre-ordered here:

Nintendo’s Amiibo allows users to unlock additional in-game content and save certain game data to the amiibo figure. What is unlocked depends on the game and the amiibo. One amiibo can only hold save data for one game at a time, which might be disappointing for those who want to use their amiibo for Super Smash Bros. and another compatible game.

Currently, amiibo can only be used on select Wii U titles. However, the New 3DS will be able to utilize amiibo data. Compatibility between games can be confusing. Fortunately, Nintendo maintains an up-to-date compatibility chart with every game and every amiibo right here.