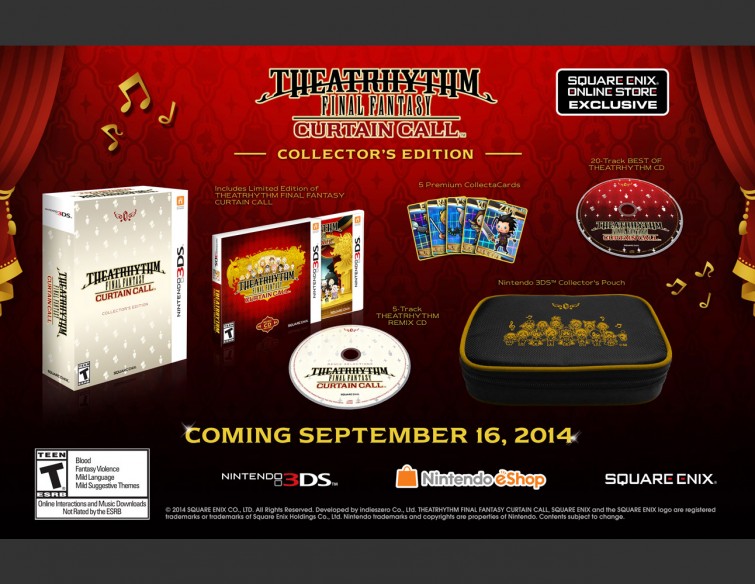 1429
By Barry Falls Jr
8 years ago
In Collector Alert

Theatrhythm Final Fantasy Curtain Call, which will be available in North America on September 16 and 19th September in Europe, is available for pre-order now. And for the die-hard Final Fantasy fans, a limited collector’s edition version of the game might be worth pre-ordering.

The collector’s edition is limited to 5,000 copies and will only be sold on the Square Enix store. It is being sold at $69.99.

Theatrhythm Final Fantasy Curtain Call wll expan on the original in every way with new gameplay modes, over 200 songs, and 60 playable characters. It features music that spans the full breadth of the Final Fantasy franchise, players tap along to the beats and harmonies as the adorable characters battle and quest through their worlds. The music of over 20 titles is brought together in one package, fusing together the moving scores, cinematic visuals, and role-playing elements the series is known for.