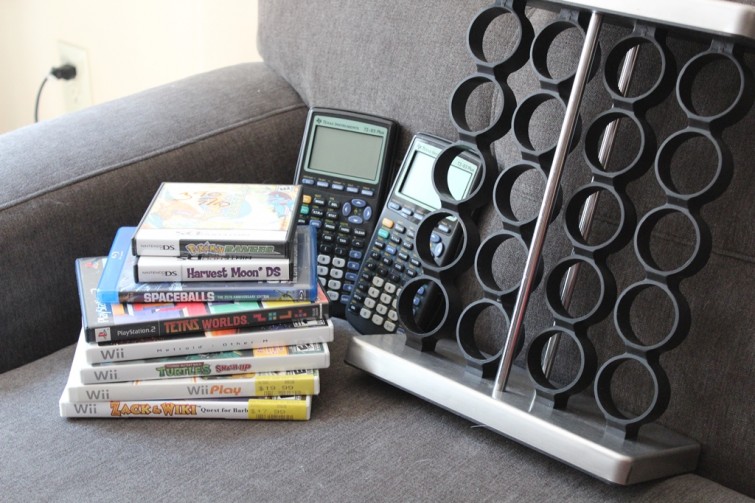 4065
By Barry Falls Jr
7 years ago
In Thrift Picks

Last Saturday, the weather channel predicted the skies to be clear on Saturday, so my fiancée and I finally had our yard sale. We made a few hundred bucks, but more importantly we got rid of a lot of things that were cluttering our living space.

So naturally, I saved up some of that cash to spend on yard sales this week. Unfortunately, I was back late the night before on a one-day vacation to a water park with some friends, so I overslept two hours and ended up going out picking at around 9 a.m. Since I had work at 11 a.m., that left me with a little over one hour to go picking.

I was able to stop by one community of yard sales and two thrift stores in that time (in addition to a different thrift store that I visited earlier in the week), and I spent about $70 in total. Here’s what I found: 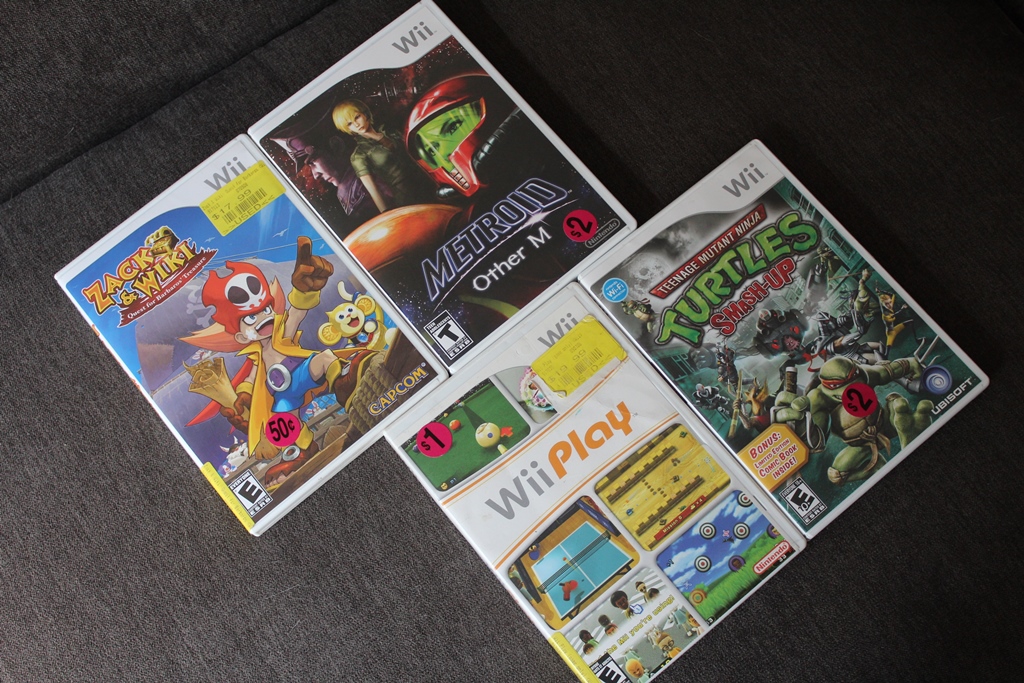 This was the first of only a few yard sales that I went to this week, because it was the only one that mentioned games and it was centered in a small community yard sale. Their add mentioned DS and Wii games ranging from $1 to $5. No DS games were left.

It’s safe to assume that I would have been able to find many more games for a great price had I come an hour earlier. The ad mentioned DS games, but I noticed a 3DS charger on her table. I could have walked away with a dozen or two games for $20 to $30, which would have been awesome. But I’m happy with what I found.

Teenage Mutant Ninja Turtles: Smash-Up is the clear highlight. Despite the upcoming Michael Bay film that looks atrocious, I adore the TMNT franchise and many of its video games. Wii Play is a fun game. It’s one of the cheapest games on the console, as it came bundled with some systems, but I’m happy to own it now. I already had Metroid: Other M, so I’ll add that to my trade pile.

I hadn’t heard much about Zack & Wiki: Quest for Barbaros’ Treasure, but I did some research and it seems to have been well-received. So I might find the time to play this game later down the road.

I offered $5 for the games instead of $5.50 and the seller accepted. According to PriceCharting.com at the time of purchase, these four games are worth about $50, with Teenage Mutant Ninja Turtles: Smash-Up valued the highest at $25. 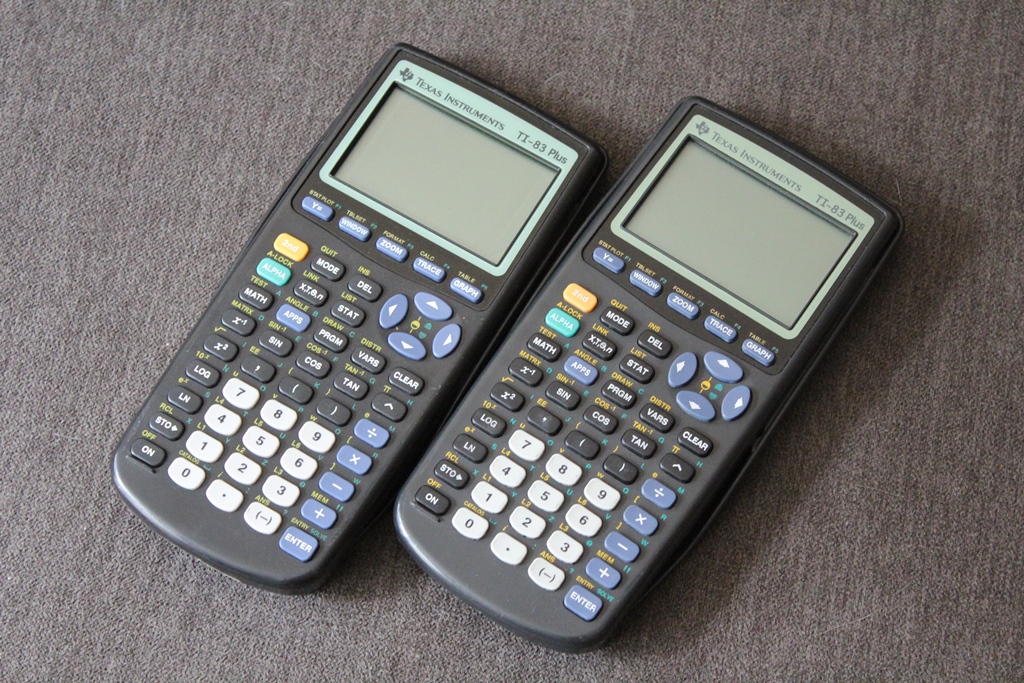 These came from my local electronic Goodwill store. I’ve mentioned this place several times in the past, because I’ve been able to pick up a lot of great stuff from here. This time, I found these three graphing TI-83 Plus graphing calculators for $15 each.

I know some might be getting tired of seeing my post about graphing calculators each week, but there’s definitely a reason why I look out for them. If I sell each on eBay for $50, that would cost me $5 in eBay fees, $1.75 in Paypal fees and $2.93 for the cheapest shipping available (I have my own shipping supplies) per calculator. And since I paid $15 for each calculator, that would mean $25.32 profit per item or $50.64 profit for both.

The new college semester begins in just a few weeks, so I plan to have these up on eBay around that time. 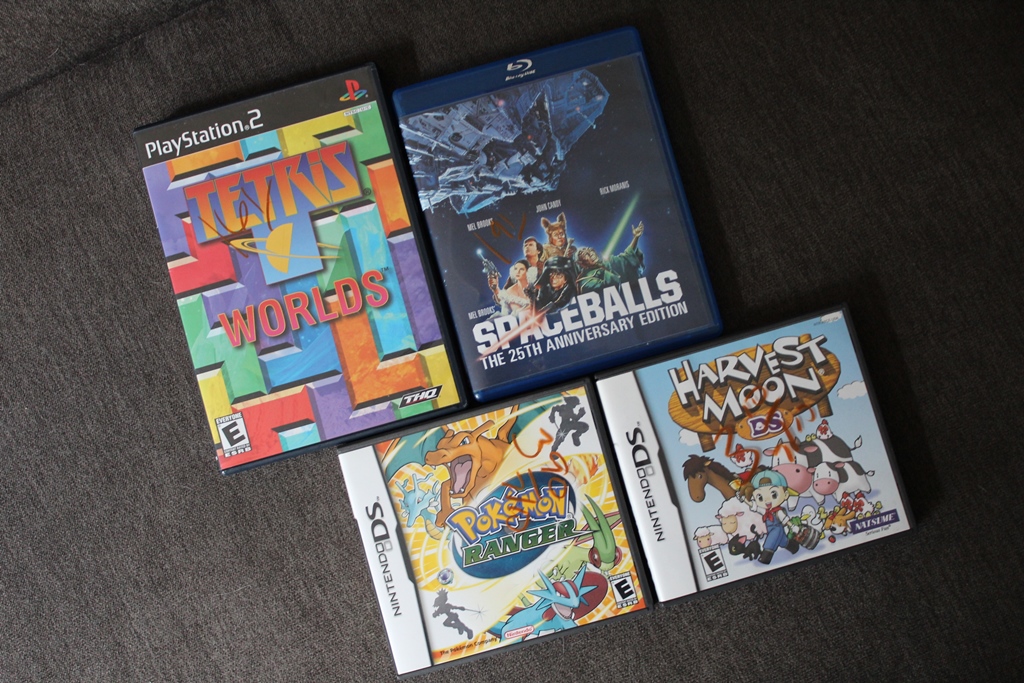 I found these at a Value Village as soon as I left the community yard sale. I checked the back for loose electronics and board games and found Tetris Worlds and the 25th Anniversary Edition of Spaceballs for less than $2 each. So I checked the condition of the discs and that they were the correct discs and brought them to the front.

At the display case, I saw a small stack of DS games each for less than $3 each. I asked the cashier if I could take a look at them. Of the six or seven games, most were sports games. Pokemon Rangers and Harvest Moon DS were two games that stood out. I checked and saw that they were both complete and in good condition.

According to PriceCharting.com at the time of purchase, the games in this lot are worth around $27, with Harvest Moon DS being the most valuable at $13. 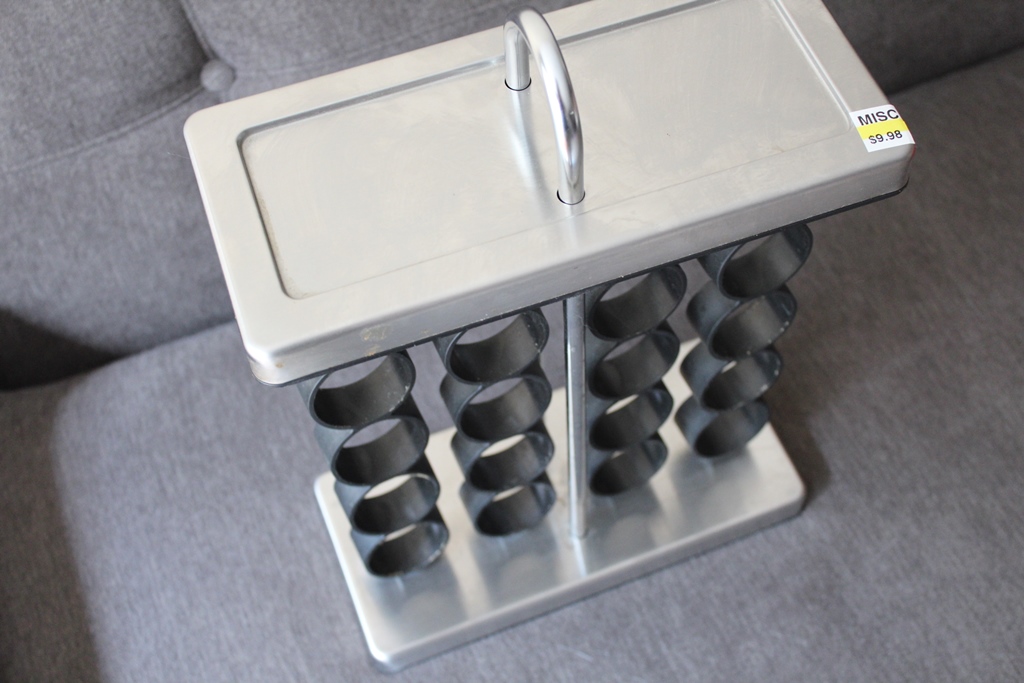 One thrift store that I go to is kind of hard to explain. They often have really cool, sometimes high-end merchandise. But their prices are always random. Some games and even DVDs will be initially priced at outrageously high prices with almost no real reason.

But they also do a good job at lowering prices once they’ve been on the shelves for a few weeks. And sometimes they’ll price cool games for really low. So it’s hard to resist checking out this thrift store ever week if only for the surprises.

This is a K-Cup holder, which stores 20 K-Cups. For those unfamiliar with the Keurig company, they produce coffee machines that make single servings of coffee and other hot beverages with small cups that encase the coffee grounds, tea leaves or powder, depending on the beverage.

I recently got a job with my own office space. So I needed a K-cup holder as well as a new, small Keurig machine. $10 might seem a bit expensive, but they are typically sold for about $25. This one is dirty, but in good condition. It should clean up well and fit nicely on my desk.

ToeJam and Earl in Panic on Funkotron: $16

Yes, I paid full market price for this one. But I still consider it a great pick for a couple reasons. Firstly and most obviously, it’s a great game. If you have a Sega Genesis, you should try to pick up this game.

Secondly, one important thing to note as a retro game collector is that you won’t be able to find every game you want for a steal. So it’s important to notice when a great game is climbing in prices, so you can pick it up before it drifts out of your budget.

The ToeJam and Earl series has been receiving a lot more attention recently by retro gamers and YouTube personalities. And while the game has consistently stayed around the same price for the past few years, it’s sure to slowly start getting getting more expensive.

Most collectors have that game in mind that they wish they had gotten a year or two ago before it skyrocketed in price. For me, I wish I had gotten Teenage Mutant Ninja Turtles Hyperstone Heist, Fire Emblem Radiant Dawn, Metroid Prime Trilogy and tons of Sega CD games before they skyrocketed in prices these past few years.

A lot of collector and gamers can be really whiney about this happening to them. But that’s one of the great things about collecting– it’s a system based on supply and demand. And it rewards those who are ahead of the curve.


BETWEEN THE GROOVES: Kanye West’s “The College Dropout”